I seem to be on a jag of playing 19th century foreign literary figures with facial hair (scroll down). What an incredible blast I had playing  the great Russian playwright Anton Chekhov in this brilliant and funny (and critically acclaimed!) new play by John McKinney. And a privilege working  under the fine direction of long-time colleague Leslie Kincaid Burby. The  extra perk, aside from working with such a lovely cast (Dana Watkins,  Elizabeth Inghram,  Charlotte Stoiber, and Christian Ryan), was getting to reaquaint myself with Chekhov's short stories. Man! Just incredible.  -Rik​ 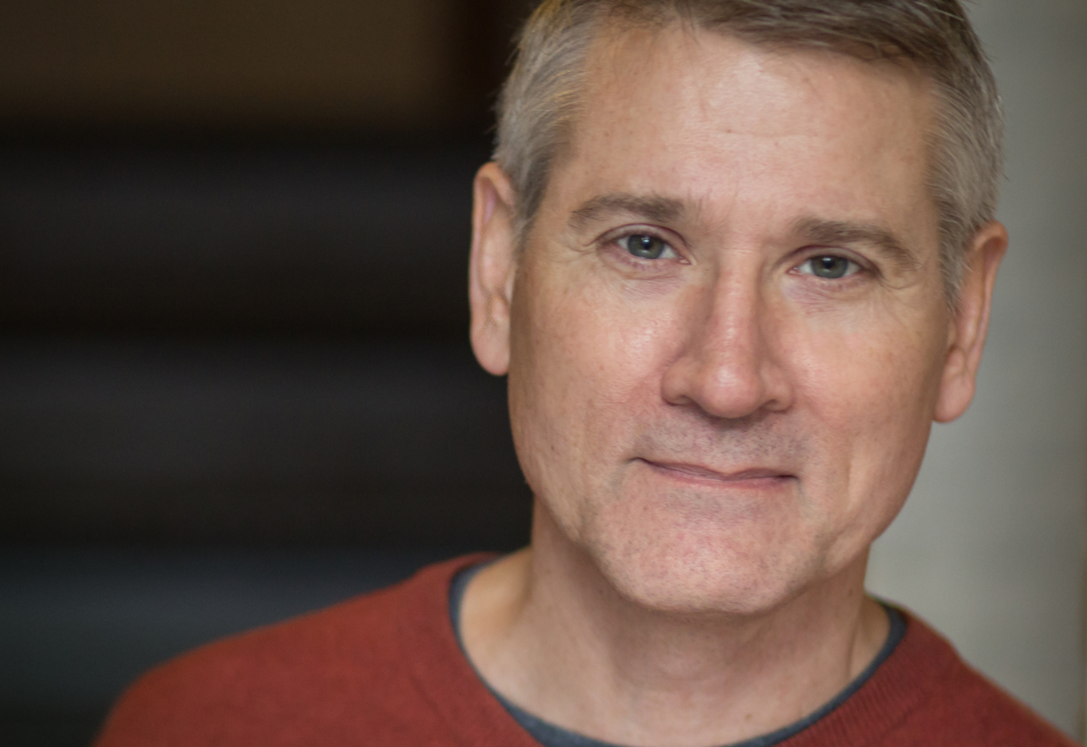 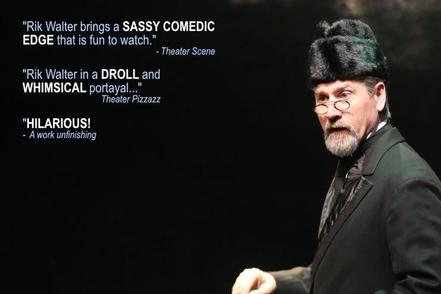 Studied this play by Milan Stitt in college in the 80's and always dreamed that I would one day get a chance to play the role of this deeply tortured priest, Fr. Rivard. Thank you to Eric Hafen and The Bickford Theatre for this amazing ride with this amazing cast. Still stunned I'm actually doing this! -Rik 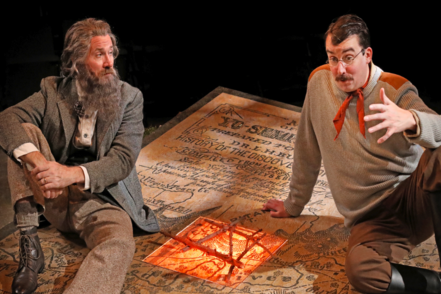 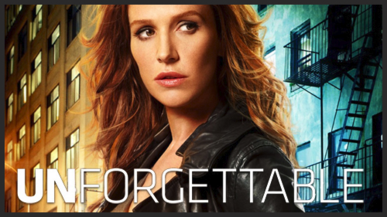 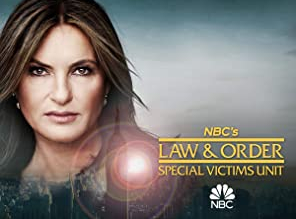 KING OF THE MOUNTAINS

I don't think I've worked with a regional theater that has taken such pains to present a play so carefully and thoughtfully. The Luna Stage team misses not the smallest of points, from the abstract subtly of the visual and aural elements of its design team, to the careful and attentive hand of director, Cheryl Katz -- a true actor's director -- to the contextual sensitivity of its playwright and dramaturgical team. And Ian Gould, what can I say, you were glorious to work with.  -Rik

THE LATEST:  Had a fabulous reunion with Mariska  in  season 21, episode 5 : "At Midnight in Manhattan".  Two  very talented and fun-to-hang-with co-stars  (Nicole Brydon Bloom, Jill Abramovitz) as my daughter and wife. Click the image for  link to the episode.   -Rik

THE BASICS AND BEYOND

Uta Hagen was a formative influence on my development as an actor, and after 30 years I still find myself returning to her concepts as both actor and teacher. What an incredible joy and honor it was to take  a group of actors--professionals, college students, community members--through Uta's OBJECT EXERCISES, which she created to help actors develop and sharpen self-awareness, observation and creative imagination, while building and heightening responsiveness to Action. I am positive and I learned MUCH more in these 10 weeks than any of my students.  Thanks to Martha Granger for these great action shots!  -Rik

Five weeks of some serious character work at The Chester Theatre Company. My deepest respects to director Byam Stevens, and an immensely talented and generous cast in Michael Sean McGuinness (Tolstoy) and Ezra Barnes (Jefferson).  I  created this photo series for my kids to show them how Daddy transformed into Dickens every night. Thought you might enjoy it to.  -Rik